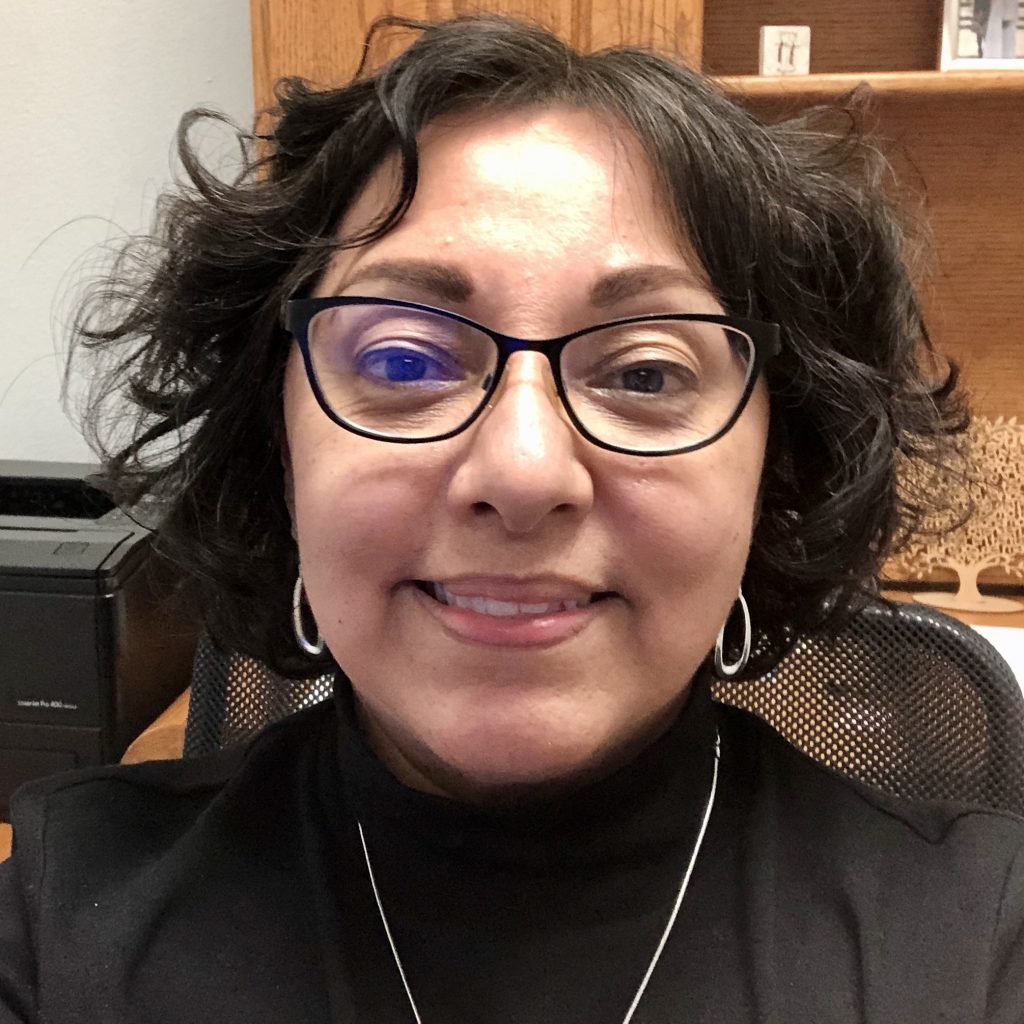 Irene Menchaca-Booth did not intend to work in an immigration law office.  Brushing up on her office skills at a temp agency, she was asked to fill in for another worker who had failed to show up at a client’s office.  The office was Mautino and Mautino, and the rest is history.

The year was 1996, and Irene was a newlywed who relocated to San Diego from her native Chicago with her husband, Bob.  Irene has a background in administration, rising to International Services Coordinator for USG, at the time a major corporate presence in downtown Chicago.   In 1990, she moved to The Wyatt Company, an actuary and consulting firm, where, among other things, she was responsible for event planning.  Irene was so well respected by Wyatt, that the company offered to create a new Marketing Event Planner position for her at their La Jolla, California offices.  Instead, Irene decided that she wanted a job that would allow her to focus on her new husband and building a life with him.  After taking a few months off, Irene decided that she needed to brush up on her office skills before submitting resumes.

Irene quickly decided that she liked immigration law, and she grew with the firm, starting as a receptionist, and growing to her current position as Senior Paralegal.  With more than 25 years working for the same firm, Irene has seen it all, from the old Western Hemisphere Priority Date program, to employment visas and family based green card applications, naturalization and citizenship.

Still in love with her husband, Irene is very involved with her local church, where her husband serves as a Deacon.

We use cookies on our website to give you the most relevant experience by remembering your preferences and repeat visits. By clicking “Accept All”, you consent to the use of ALL the cookies. However, you may visit "Cookie Settings" to provide a controlled consent.
Cookie SettingsAccept All
Manage consent

This website uses cookies to improve your experience while you navigate through the website. Out of these, the cookies that are categorized as necessary are stored on your browser as they are essential for the working of basic functionalities of the website. We also use third-party cookies that help us analyze and understand how you use this website. These cookies will be stored in your browser only with your consent. You also have the option to opt-out of these cookies. But opting out of some of these cookies may affect your browsing experience.
Necessary Always Enabled
Necessary cookies are absolutely essential for the website to function properly. These cookies ensure basic functionalities and security features of the website, anonymously.
Functional
Functional cookies help to perform certain functionalities like sharing the content of the website on social media platforms, collect feedbacks, and other third-party features.
Performance
Performance cookies are used to understand and analyze the key performance indexes of the website which helps in delivering a better user experience for the visitors.
Analytics
Analytical cookies are used to understand how visitors interact with the website. These cookies help provide information on metrics the number of visitors, bounce rate, traffic source, etc.
Advertisement
Advertisement cookies are used to provide visitors with relevant ads and marketing campaigns. These cookies track visitors across websites and collect information to provide customized ads.
Others
Other uncategorized cookies are those that are being analyzed and have not been classified into a category as yet.
SAVE & ACCEPT